You Are Awesome: Find Your Confidence and Dare to be Brilliant at (Almost) Anything 6.780 Punkte

Think your teachers are bad? Wait till you meet this lot. These ten tales of the world’s most splendidly sinister teachers will have you running for the school gates. Dr Dread teaches science and is half man, half monster… Watch out for the ghastly Miss Seethe. She is ALWAYS furious– and she’s on a detention rampage. And as for Pent, he’s a teacher with a real difference. He is bone-shakingly terrified of… children! Millions of children have loved the World’s Worst Children – now they will revel in this delightfully dreadful collection of the most gruesome grown-ups ever, The World’s Worst Teachers.

PRAISE FOR THE WORLD’S WORST CHILDREN:

“This really is Walliams at his most indulgently gross and silly – the perfect combination for thousands of his loyal fans… stunningly illustrated by Ross who captures the energy and chaos of the stories.” – Daily Mail

“Often described as the modern-day Roald Dahl, Walliams is a big author with big ideas and plenty of illustrations, all combining to make for real page-turners, even for kids who would normally look at you as if you’re mad to suggest reading for pleasure.” – The Independent

David Walliams has revolutionised reading for children and become one of the most influential children’s writers today. Since the publication of his ground-breaking first novel, The Boy in the Dress (2008), Walliams has seen unprecedented growth with global sales exceeding 30 million copies, and his books translated into fifty-three languages.

Born in London, Tony Ross went to art school in Liverpool. His cartoons have appeared in famous publications the world over. His first book, Hugo and the Wicked Winter, was published in 1972. Tony has since written over 100 books and illustrated over 2000! His creations Towser und The Little Princess have been turned into TV series.

David and Tony have worked on six bestselling picture books together, and nine of David’s phenomenally successful children’s novels. David and Tony also collaborated on the 2017 World Book Day title, BLOB, and on the blockbuster collections, The World’s Worst Children 1, 2 and 3.

Where The Wild Things Are

We’re Going on a Bear Hunt 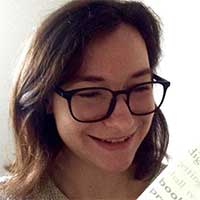